The
History of Wedding
Rings

Palladium rings debuted in the 1940s when platinum was utilized for the War Effort.

Rings from the Victorian Period often lack a hallmark stamp because they were not required by the British government during the 19th century.

The exact beginning of the wedding ring tradition remains a mystery, but archaeological evidence of wedding rings has been found dating back thousands of years ago to ancient Egyptian times.

Cultures around the world developed their own wedding ring traditions - fiancees were given rings as a promise of betrothal, to signify a commitment to the marriage contract and even as an exchange of wealth.

The use of diamonds in wedding rings did not appear until around the end of 15th century - and their first appearance occurred again among royalty and the nobility. These diamond wedding bands were most often used as betrothal rings - given to the fiancee when the official engagement was announced or the terms of the engagement were contractually agreed to.

Men's wedding bands did not become a regular tradition until around World War II - but in some cultures men wear plain bands on their ring finger when they became engaged. The tradition of men's engagement rings has made rare appearances throughout time, but recently is becoming increasingly popular.

Specific styles, metals and materials and specific history of wedding rings design eras starting with the Georgian era are covered below!

An authentic Georgian Ring is definitely a rare find, and rings crafted before this era are even rarer.

Jewelry metals used in the Georgian era were usually 18 karat gold - although 10, 15 and 22 karat gold were sometimes used too even though lesser karat alloys were technically not legal to sell. In some cases silver, and particularly silver plated over 18K gold, was also used to create Georgian Rings and settings for diamonds and gemstones in the rings.

The styles of the time were Greek inspired designs. Many of these antique wedding bands were shaped with intricate metal work designs including acorns, doves, flowers, leaves, scrolls, and wheat stalks. Additional rings of the time were mourning rings, locket rings, and the poesy ring.

*An important date in the history of wedding rings occurred in this era. Before 1750, all rings were created with hand-hammered alloys and sand casting methods. After this date, machines were invented to cut out the hard work needed to create alloys by hand.

Why are rings before the Georgian era so difficult to find? Because pure metals before this time were hard to come by, and very rare. Metal jewelry pieces were often reserved for royalty or the nobility and upper classes only - and many of these pieces were later melted down to create new more modern jewelry brooches, rings, earrings and hat pins. Rings crafted before the Georgian era which have survived in good condition are often found only in museums and private collections.

One of the few online resources for authentic Georgian jewelry including rings is Adin Antique Jewelry, located in Belgium this antique jewelry store specializes in antique collections of all types of jewelry - they also offer appraisal and restoration services and ship worldwide. Click on the link to see a current collection of Adin's Georgian Jewelry. (P.S. If you decide to purchase any items from Adin, mention code=Everything-Wedding-Rings to receive a 5% discount!).

Examples of Georgian Rings for Sale at Adin

Rings from this era were most often crafted from gold and silver.

Before 1854, rings were created usually with 18 karat gold; after this date, the manufacture of 15 karat, 12 karat, and 9/10 karat gold became legal. (This is an important date in the history of wedding rings for antique wedding ring shoppers to keep in mind).

The different Victorian style eras defined many significant changes in the history of wedding rings:

Early Victorian Period wedding rings that were created between 1837 and 1860 had a large, bright, bold, and lively style. Popular designs included the Victorian snake ring and rings which had Celtic designs. The use of gemstones (brightly colored ones at that) was the a la mode style of the time.

Mid-Victorian Period rings, (1860 - 1885) began to take on a different tone. Silver was used more often to create rings, and the different types of gold karats that were now allowed on the market became very popular, especially the rose gold rings. (Shoppers looking for antique gold rose rings should look for rings created during this time.)

During the Late Victorian Period from 1890 – 1901 wedding and engagement rings went through big changes with the diamond rush, the use of platinum for ring settings, and the shift from hand-crafted rings to rings that were mass produced using machines.

*Important History of Wedding Rings Date: This is the first time that platinum was widely used for gemstone and diamond settings instead of silver.

*Another Important History of Wedding Rings Date: This was also the period of time when the solitaire diamond engagement ring made its first debut.

Art Nouveau rings are defined by their imitation of natural themes and symmetrical lines. Rings of this era were most often crafted out of gold, particularly 14 karat white and yellow gold, but also silver and sometimes platinum.

This is the era when fired enamel processes took off, and many Art Nouveau rings featured an almost stained glass appearance due to the new enamel works that became available.

Edwardian rings were often very delicate, light, lacy, and feminine pieces. While gold was used to craft rings from this era, Edwardian jewelry, and especially rings, are most often recognized by the use of platinum and diamonds (particularly large diamonds) and stunning filigree work.

*Important History of Wedding Rings Date: This is the first era when platinum rings (not just settings) became widely available.

Art Deco Rings, much like their name, were sharp pieces that featured geometric designs and strict linear styles created from the artistic cubism styles of the day.

Art Deco engagement and wedding rings, much like their name suggests, are truly pieces of art - unique rings that can be cherished and admired for future generations to come!

Retro Rings reflected the times of World War II, and as a result rings from this period are also very notable in the history of wedding rings. This is the period of time when platinum disappeared from use during the early 1940s, and white gold mixed with silver and palladium alloys came into commercial use for the creation of rings.

This is also a time when matching bridal sets were seen more often in jewelry stores.

Gold made a big comeback as well, in addition to gold alloys used to create rose gold.

Examples of Retro Rings by Adin

Only recently have jewelry pieces from the 1950’s received recognition for their unique style and now ‘antique’ status in the halls of the history of wedding rings.

It was during this age that the DeBeers Company advertised the slogan “Diamonds are Forever,” and it was during the post World War II boom when the middle class were able to afford luxurious wedding and engagement rings. The DeBeers slogan was a hit, and the 1950’s Post-War Modern era wedding rings are usually defined by their large diamonds and use of large diamond clusters.

Now that you are familiar with the history of wedding rings, check out antique wedding rings for more info and additional tips if you are interested in purchasing an antique or vintage wedding ring!

Do you have comments or questions about the history of wedding rings?

Send in your questions or comments about the history of wedding rings here!

Ring with Thailand Stamp and Age of Ring?

I am trying to find out if a ring I have seen is vintage or new. It is sterling, but stamped Thailand. My gut tells me Thailand means new. Do you agree? …

What Era Is This Ring? Not rated yet
What a wonderful site I'm so glad I found it. I have purchased this ring,it's still not in my possession anxiously awaiting for it to arrive. But I am …

Antique Rose Gold Wedding Ring Not rated yet
I was married this past August 27th, and I would love to talk with someone about my antique wedding band and maybe get an appraisal. We found it in …

Is a Pearl Engagement Ring the Right Choice for You?

See What You Can Expect From Cushion Cut Diamond Engagement Rings Here! 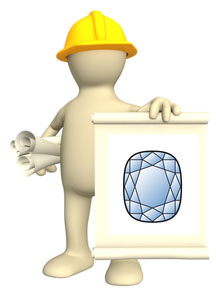 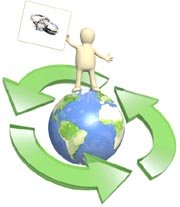 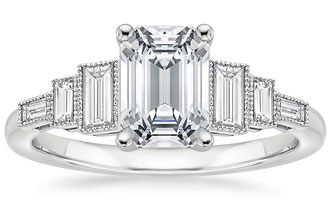 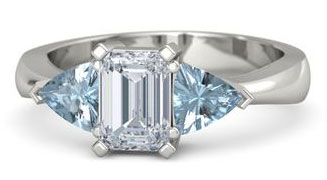 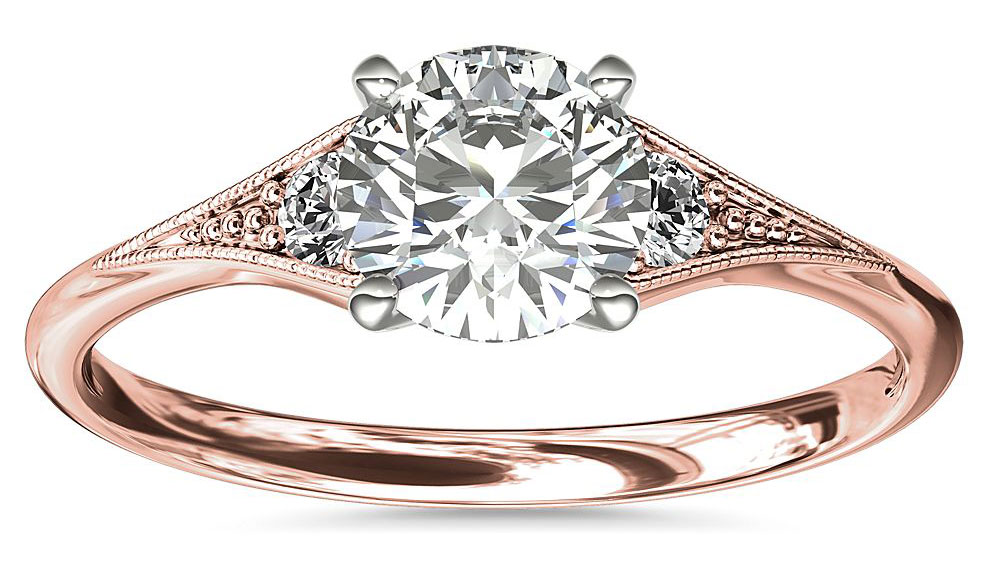 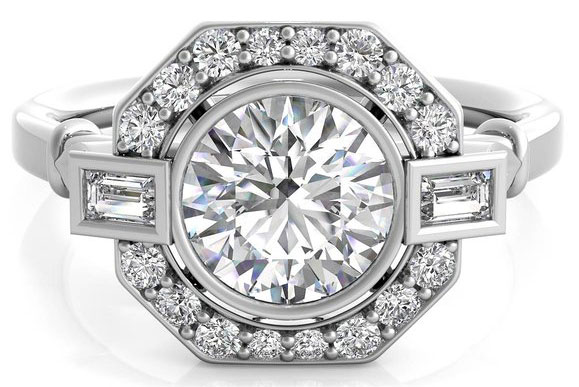 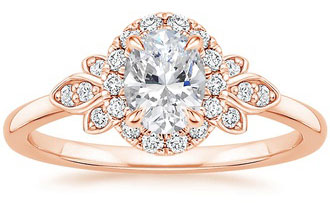 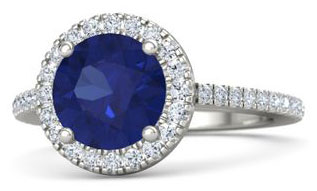 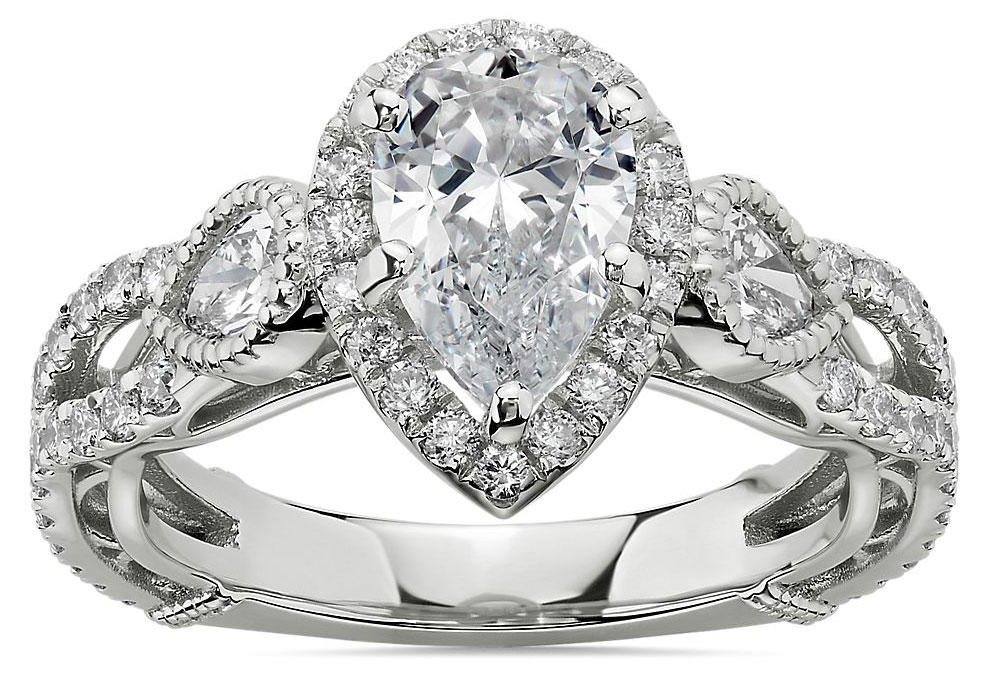 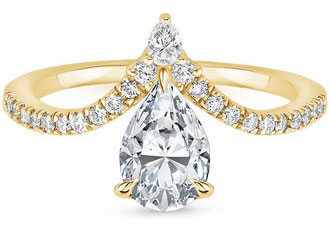 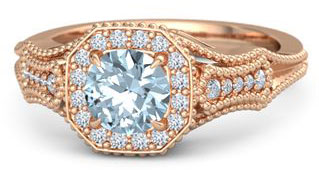 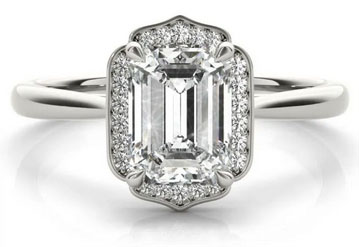 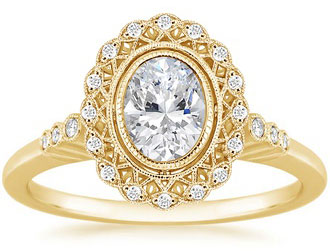