Garnet Engagement Rings
and
Your Guide to the Garnet Gemstone

Garnet engagement rings are naturally available in a lovely selection of delightful colors, thanks to the many types of minerals with similar silicate crystal structures that make up the family of garnet gemstones.

Find out here the types of garnet gemstones used most often in garnet jewelry plus tips on how to shop wisely for a lasting ring featuring a stunning garnet gemstone. And if you have any questions about garnet wedding rings, send them in through the comment box at the end of the page - you can send in reviews and share pics of your amazing ring here too!

Garnet is a pretty strong gemstone, and it can hold up well in every day wear wedding rings. This gemstone is also quite affordable, and has plenty of eye catching flash and fire. And, garnet is an excellent alternative to the higher priced ruby gemstone for low priced but high quality red engagement rings.

The Meaning of Garnet

Garnet is a stone of many meanings, but first and foremost garnet gemstones symbolize fire, passion, and love - symbols which are quite appropriate for garnet engagement rings!

Garnet is also associated with success in life and business, popularity with friends, high energy, and fertility.

Garnet is the modern and classic birthstone for the month of January.

Although garnet gemstones are quite durable, they can fracture if they are exposed to sudden extreme temperature changes - this is especially true for stones which have inner inclusions.

To keep garnet wedding rings in excellent shape for years to come, try to avoid exposing the ring to extreme temperature changes. And, if the garnet develops any slight surface scratches, a professional buff and polish should be able to remove them.

Garnet stones are not normally subjected to any type of enhancements or treatments. But you should beware of garnets that have been color dyed or heat treated to improve their color (often labeled as H or D garnet gemstones). These types of treatments on garnets are highly unstable and dramatically decrease the value of the stones too.

Garnet is truly a versatile gemstone that looks captivating in a variety of cuts - the round, pear, oval, heart, marquise, and cushion cuts tend to highlight a garnet stone's depth and deep colors, while the emerald, princess and radiant cuts showcase garnet's light and dark color variations.

Like most gemstone rings, it is best to pair garnet rings with metals that do not require rhodium plate and these include: 18k, 14k yellow or rose gold, platinum, palladium and silver.

Almost a dozen varieties of garnet exist - although most of the garnet used in engagement rings is almandine, rhodolite or the highly valued tsavorite garnet.

Almandine = also known as precious garnet, this type of garnet is a deep transparent red color. Most of the garnet rings available are made with almandine.

Demantoid = a type of Andradite garnet, this type of gemstone comes in shades of green; demantoid also has an extremely high degree of brilliance that is often higher than that of a diamond.

Mali Garnet = a cross between grossular and almandine, mali gemstones are in colors ranging from yellow, green-yellow, yellow-brown, and brown.

Pyrope = this type of garnet comes in shades of red ranging from deep blood red to violet red, black-red, a rare blue color, and some color changing varieties.

Spessartine = a type of garnet which comes in colors ranging from orange yellow to violet red.

Tsavorite = a highly valuable form of grossular garnet which comes in a distinctive green shade. 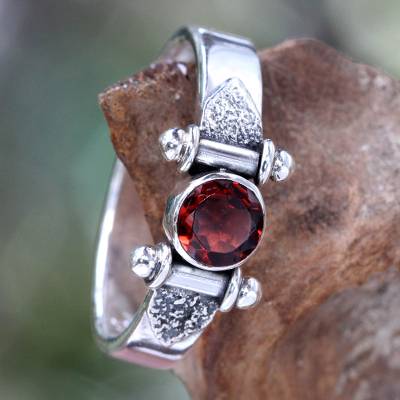 The price for quality garnet gemstones is on average $80.00 dollars per carat. But the price for these stones may increase dramatically according to what type of garnet stone you are interested in.

The total cost of garnet engagement rings will vary as well according to the type of metal used to create the ring and if the ring includes any diamonds or intricate workmanship.

Cut, color, clarity, and carat will affect the overall value of garnet rings too. The most highly desirable garnet colors are the yellows, yellow-green, green-yellow, rare blues, and the rare green varieties.

Custom cuts are valued much more highly than regular or poor cuts, and carat size can have a huge impact on the value of a garnet gemstone especially if you are purchasing one of the more rare forms of garnet.

Fortunately, garnet is a gemstone that is a particular favorite with gemstone cutters partly because it looks so brilliant in a number of cuts and because it is an easy gemstone to cut (for an experienced cutter that is!).

Clarity is an important value factor as well with all garnets except Uvarovite in which inclusions known as ‘horsetails’ are highly desirable. Visible inclusions in garnet gemstones (except for the Uvarovite stones) will decrease the value of the stones.

With so many different types and styles of garnet engagement rings and wedding bands available, couples should take their time to learn about the varieties they are interested in to be sure they are buying an authentic stone for the right price.

To make sure you are purchasing a quality garnet with excellent properties, stick with reputable jewelers and boutiques who specialize in garnet jewelry.

If you are buying a used garnet ring, it might be a good idea to have the ring checked by a local certified gemologist to confirm its authenticity too.

And because garnet has been such a popular jewelry gemstone for hundreds of years, there are plenty of antique, estate and vintage garnet rings available - but they should always come with a certificate of authentication and/or an appraisal.

Keep in mind that certain color varieties are valued more than others, and that the overall price in garnets increases with the carat size, clarity, and quality of cut. Look for gemstone garnet properties which include a high degree of clarity and a custom cut.

Garnets should not be enhanced in any way, so remember to avoid garnets that have received any type of enhancement including heat treatments and color dyes.

If you are shopping on a budget, a sterling silver garnet ring may be the perfect option. Silver engagement rings do require a little TLC - but with the right care they will remain in excellent condition. (For a little extra, or sometimes even the same price, palladium rings are also a terrific affordable option).

Keep in mind that white gold garnet engagement rings will need a new coat of rhodium plate about every 1 to 2 years. And within just a few years, the price of rhodium plating a ring can exceed the cost of upgrading to a palladium or even a platinum ring. If you would like to forgo the expense and bother of rhodium plating your ring, go with garnet rings made with platinum, palladium, silver or yellow/rose gold.

Do you have questions or comments about garnet engagement rings?

Send in your questions and comments or upload pics of your favorite garnet rings to share here!

Is This a Garnet Ring?  Not rated yet
Is this a garnet ring? How much is it worth? Hello. That is a lovely ring, but it is really difficult to say whether or not that is an authentic …

Find out more about Gemstone Appraisal and how Gems are valued here!

Are Silver Wedding Bands right for you? 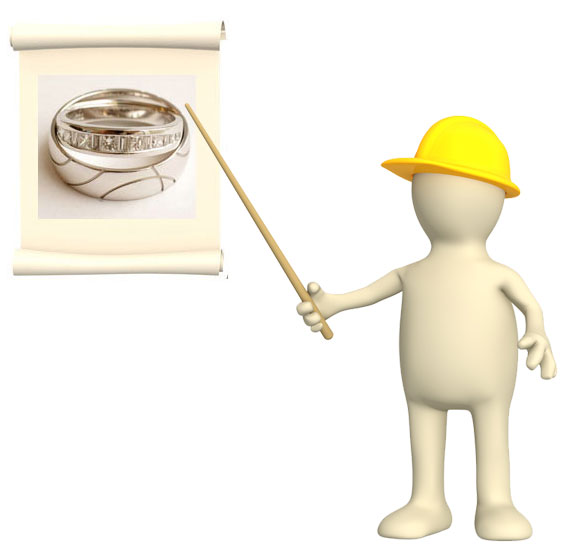 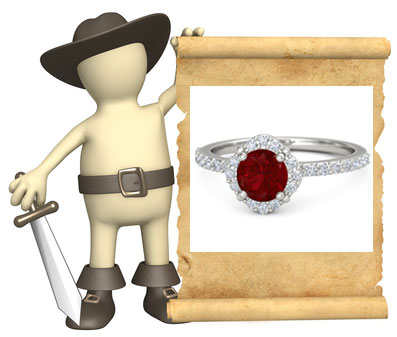 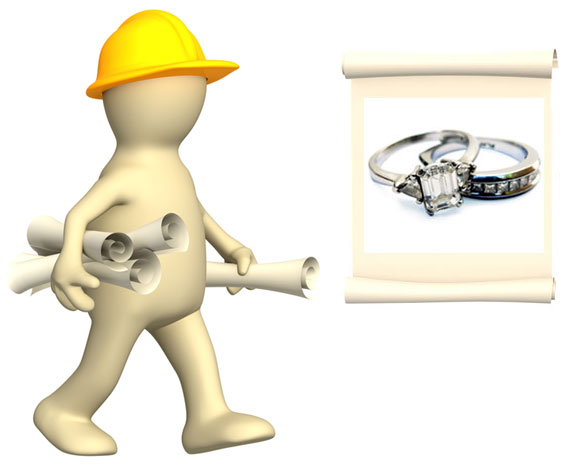 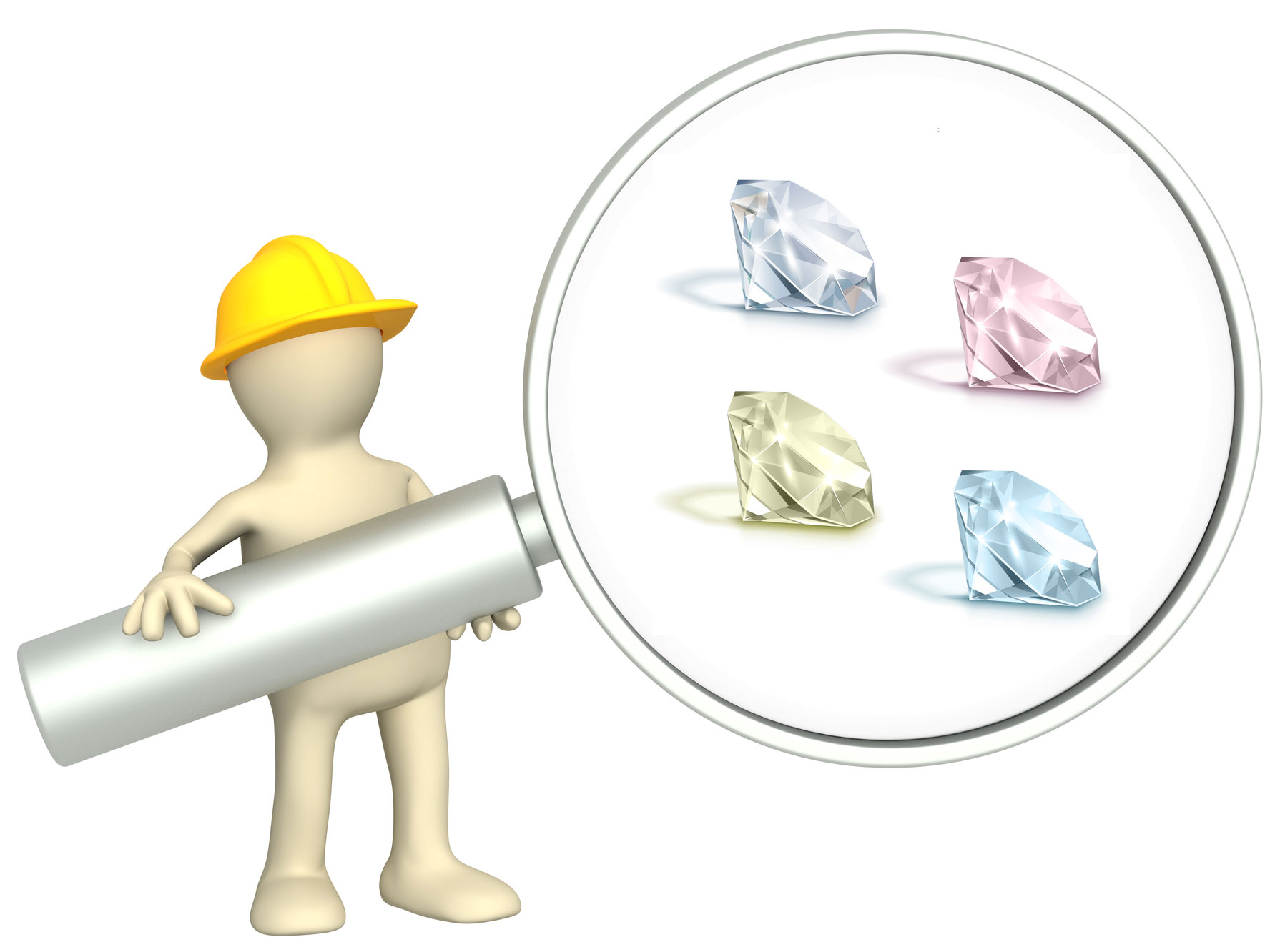 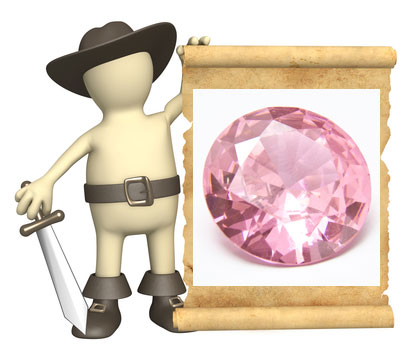 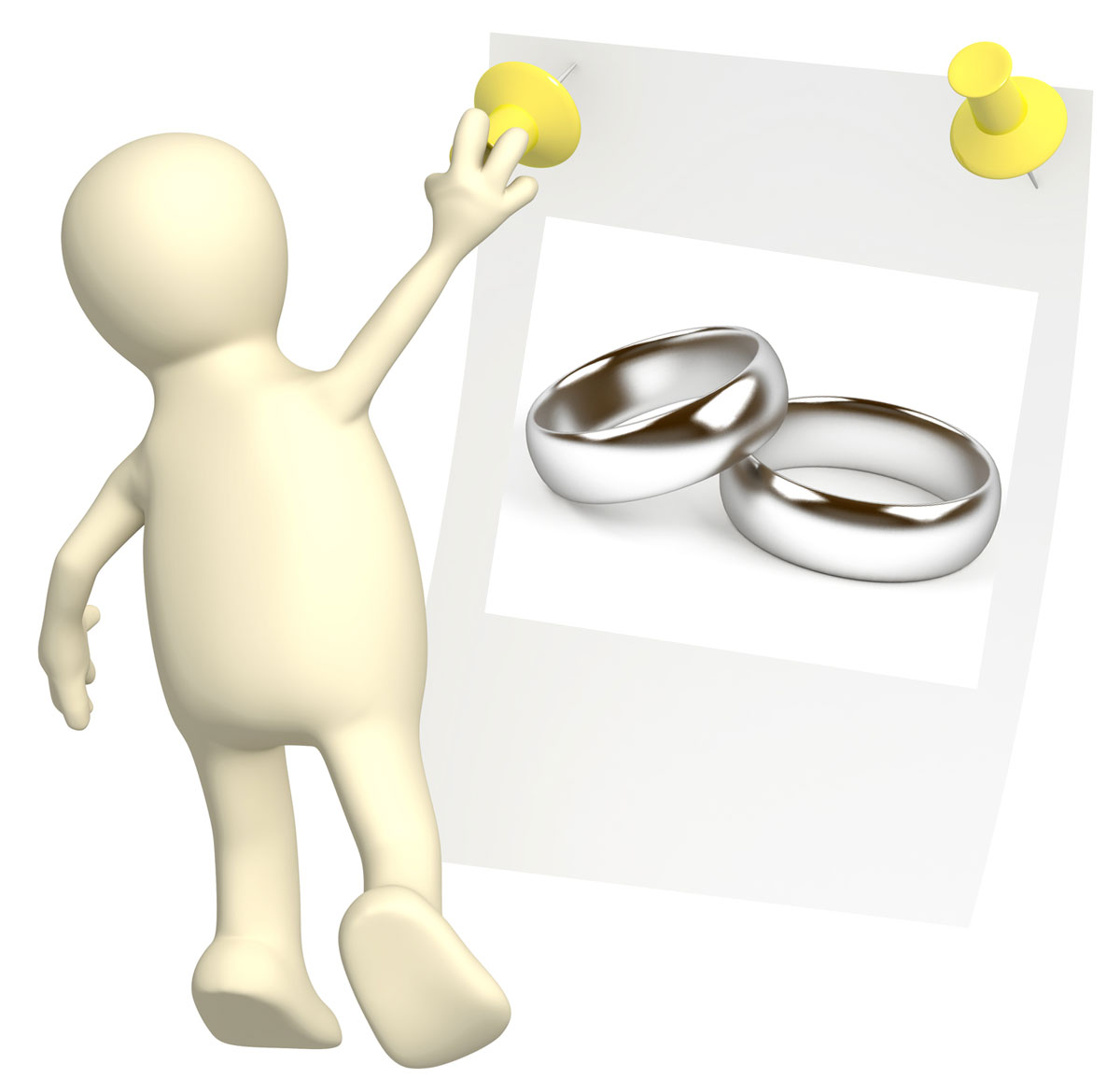 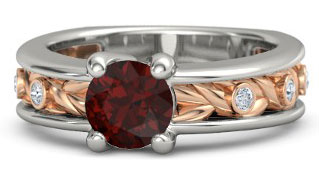 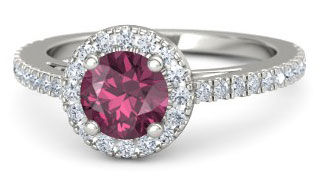 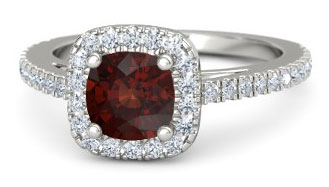 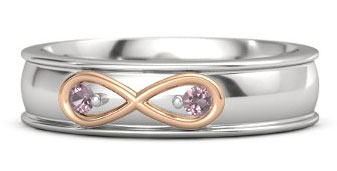 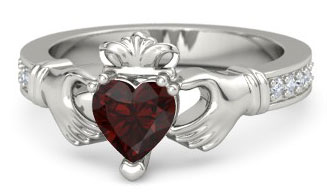 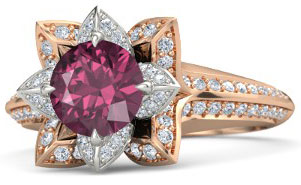 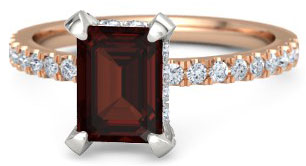 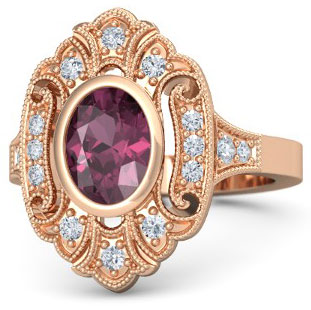