Just one problem, she is allergic to gold and platinum is out of the price range. We looked to palladium, and she found a designer ring style that she really liked. I called the store up and inquired about pricing and was told that the price for palladium is almost exactly the same as gold!

The value of gold is almost three times the price, so I see red flags when the prices are that close. I was told that this is due to a significantly longer manufacturing time. Is this true and should the price be almost the same as gold? Thank you!

In most instances, palladium rings are priced much lower than gold or platinum rings. The lower price has to do with the density differences between palladium, gold and platinum as opposed to current market prices of these precious metals. 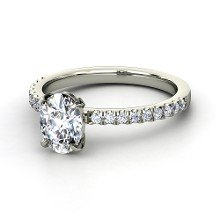 Because palladium has such a low density, a palladium ring that is the same size as a gold ring will weigh a lot less - less metal is used to make the ring even though it is the exact same size, and so the ring costs less.

In terms of workability, it does not take longer to create a palladium ring - but palladium does require extra skill and expertise to work with due to its unique reactions to temperature. Palladium can be a challenging metal to cast, and can discolor (although this discoloration is easy to remove), but many jewelers who specialize in palladium jewelry pieces particularly enjoy working with palladium due to its exceptional malleability.

I priced platinum, 18K gold and palladium wedding bands of the exact same style and size with one of my favorite designers, and here are the results:

The palladium band is about half the price of the gold band! You should see similar results across the board when comparing gold, platinum and palladium bands through other retailers/designers.

The only reason I can think of as to why the designer you contacted may be charging a higher price for palladium rings is because they may have to outsource the work to a jeweler who specializes in palladium rings.

Palladium jewelry needs to be crafted in a specific environment to prevent nitrogen absorption of the metal - and so if this retailer does not normally craft palladium rings, or is not set up to craft them, the work may need to be outsourced and may cost them more and take longer to make because of outsourcing issues.

Bottom Line: you should not be paying the same price for a palladium wedding band as you would a gold wedding band of the same style and size.

My recommendation is to find a local jeweler who is experienced with creating palladium rings. Hand crafted rings are usually very affordable (especially when compared to rings sold through major designers or retailers), and you and your fiancee can work with the jeweler to find a design that she really loves and that will work with the stone in your grandmother's ring.

I wish you the best of luck - congratulations on your engagement and do write back if you have any additional questions! 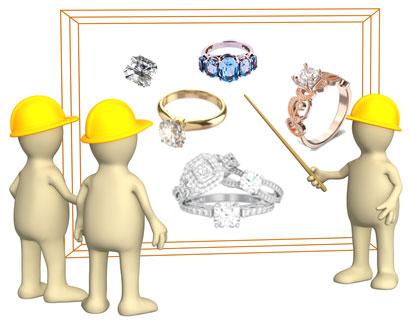 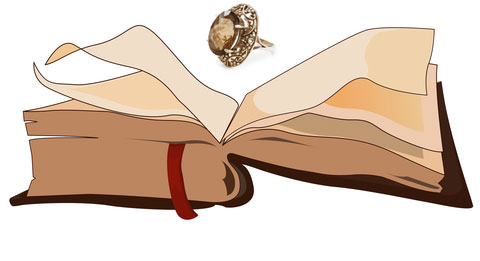 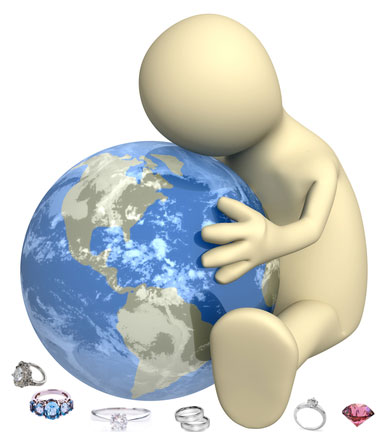